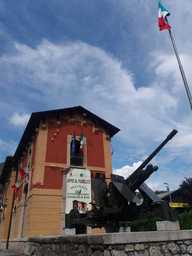 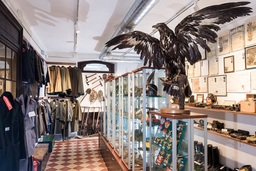 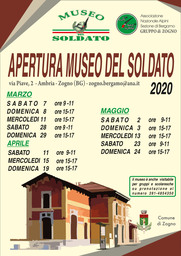 In 2002 the Zogno Alpine group restroctured the building led by the leader Luigi Garofano and left the old rented headquarters for a more spacious and modern one.
They had a lot of Military in stock, so they decided to expose it in an appropriate room by calling it "Alpine's Museum".
But, as time goes by, the museum extended with new material, not only related to army and alpine soldiers but also about all forces. In a matter of a few months it changed the name and it was called "Soldier's Museum".
The material is various with weapons, uniforms, hats, badges, photographies and letters from the front. The flagship are the certificates with Military Cross of our veterans of each war."
Now the museum is equipped with a library with more than 300 military tales, photographic collections diary of war's memories and others relics of war.