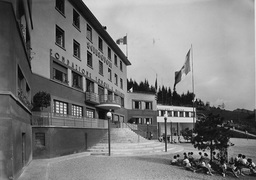 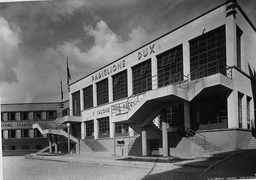 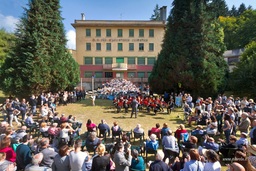 In the autumn of 1948, after the Second World War the “Sciesopoli” became known as the “Jewish Colony ”. As reported in documents: “the biggest orphanage in Italy and one of the largest in Europe…” approximately 800 Jewish children who survived the Nazi death camps were cared for in the building named Sciesopoli. The partisan movement together with the Jews gathered the children and brought them to Sciesopoli to rehabilitate before continuing their journey which would eventually see them reach Palestine.
Within Sciesopoli the children would start to study and create, producing small manufactured articles in order to work towards an independent life with dignity. The oldest residents of Selvino still remember the times when the shy and awkward young children of the village were invited to watch a film with the children staying at Sciesopoli. The building subsequently became a summer camp for children from Milan and then fell into disuse, however there is a project to re-launch Sciesopoli. Today you are able only to visit the exterior. (source: municipality of Selvino, written by Aurora Cantini)