Museum And House Of Bortolo Belotti 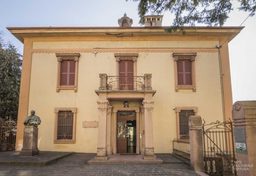 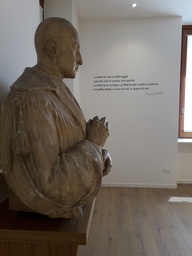 The Museum-house of Bortolo Belotti is the result of an important work of redevelopment of Villa Belotti's spaces within the logic of a way of use the works that emphasize moments of his historical life and places where he lived. Bortolo Belotti was a lawyer, a politician, a minister, an historician, a poet and an exile. Speaking about this historical figure could get you into a universe that we are stugglin to understand all the way: the 20th century with his conflicts and accelerations. Beginning with Belotti's art collection, his archive and the garden of his house, is a way to explore the life, the thoght, the works of one of the most important inhabitants of Bergamo of the last century.
The exposition of the 26 works the family granted to Zogno is the opportunity to present the "Cultural Widespread Network", a project that would publicise in a cohesive way the Zogno's wonders.