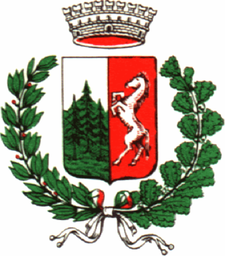 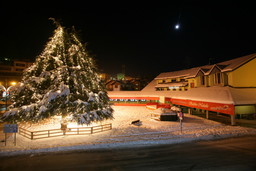 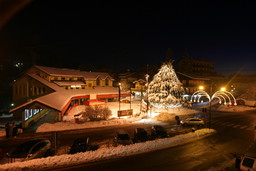 Selvino's inhabited centre develops on a plateau between 920 and 950 m a.s.l. which, bordered by the Perello, Podona, Poieto and Purito mountains, is situated on the watershed between the Seriana and Brembana Valleys. In fact, although both geographically and historically it is considered part of the Seriana Valley, half of its territory falls within the Serina Valley, tributary of the Brembana Valley.