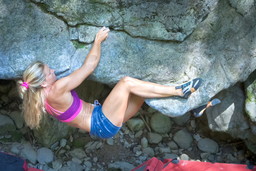 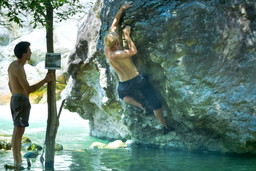 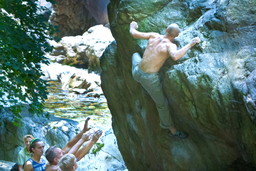 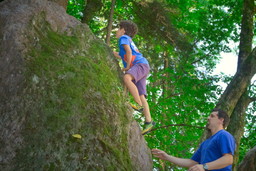 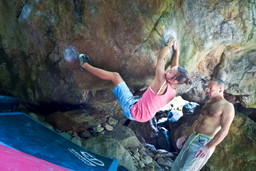 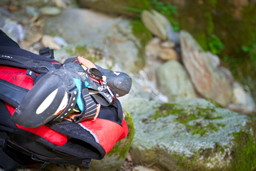 Nowadays there's a promotion of a huge area, created by the nature, in Fondra for all those bouldering lovers. In 2015 many people was got involved in the renovation of 60 rocks which allowed the promotion of the first meeting "Fondra Block". This first period interested only the Northern area of the village but there're also beautiful rocks in the Southern area, besides extraordinary elements in the bed of Brembo river. The tracks are easily connected and walkable. During the spring in 2016 specific signage was installed. You can easily reach it from the village (suggested option) walking along the path on the left bank of Brembo river heading North. If you want it's also possible to visit "Ponte dei Canali" situated about 1km away from Fondra, where there's also a parking. In this area there are also two crags, one is "Falesia Fiume" and the other "Falesia Bosco", partially cleaned for  "Fondra Block 2015".